This was my first time attending the Beer Bloggers & Writer Conference. It was held in Milwaukee, WI in August of 2017. The conference itself has been going on annually since it first began in Boulder, CO in 2010.

The conference is focused on connecting beer blogger, writers, and industry peeps. The breakouts, sessions, brewery visits, and off-hours conversations and bottle shares make this one of the most fun conferences I’ve ever attended.

There were over 200 people in attendance so this list is in no way a reflection of importance. Everyone that I met was somehow peculiarly interesting and involved in the beer industry in some way. The level of involvement ranged from casual fans of craft beer, to those who write about it, to those who make and market it daily.

This Canadian beer blogger loves the combination of Travel, Good Conversation, & Pints. She runs The Travelling Pint as a way to share her stories from the road, to inspire people to follow their dreams whether they involves beer or not, to help others to discover Cool Breweries in whatever area they are Travelling and of course to entertain.

The Market the Brew podcast is a weekly half-hour interview with brewery owners, brewery marketing people and marketing resources.

Milwaukee’s own Lakefront Brewery Inc. started in 1987 thanks to a sibling rivalry. The industrious and inventive craft brewery located on the Milwaukee River has become a Milwaukee landmark.

Robert is a self proclaimed beer nerd and blogger at Brewing Matters. He’s a Certified Cicerone®, a BJCP Certified Beer Judge and a MBAA Certified Beer Steward. He home brews and participates in the as a member of The Cap and Hare Homebrew Club in Fort Worth, TX.  He sips, tastes, judges, chugs, brews, hoards, learns about, teaches on, and shares beer. He is also pretty damn good at the old beer shotgun both at BBC17 and elsewhere.

Educator, Speaker, and Consultant on all things beer. Randy regularly engages as a teacher and/or speaker in formal classes and workshops, and is a frequent presenter on brewing at both professional and amateur brewing conferences around the world. He’s also authored several books on the subject.

Mandy has spent well over a decade in the marketing & events space. She’s a family travel blogger who’s worked with some of the biggest brands on the planet.

Lester is an accomplished Chief Economist recognized for bringing clarity and purpose to business economics and statistics. He has over twenty years of experience in research, survey methodology and applied economics. He is also a public speaker who offers deep technical, analytical and quantitative expertise accessible to many audiences.

Julia Herz is the Craft Beer Program Director for the Brewers Association, co-author of the free CraftBeer.com Beer & Food Course, as well co-author of Beer Pairing (Voyageur Press). She is a life-long homebrewer, BJCP beer judge and Certified Cicerone®.

Henry Schwartz is the Founder of MobCraft Beer, a crowdsourced brewery “turning ideas into beer.”

I didn’t technically meet Greg at BBC. We’ve known each other for a few years outside of the beer world. BBC17 with Greg Washington was my introduction to Daddy Porter. Greg is a beer traveler, certified beer server, and MBAA Beer Steward. This guy is passionate about a few things, but beer is most certainly one of them.

Frank Boon’s brewery journey started in the 1970s and is a fascinating read. Boon Brewery currently has the world’s largest stock of lambic in oak barrels.

Francesca is the Communications Manager at Founders Brewing Company. After 10+ years at the company she has no plans on leaving.

The mission of Uncap Everything is to convert the non-beer lover into craft beer enthusiasts. Eric’s personality and enthusiasm for everything he does makes achieving this goal inevitable.

Diane has been writing about her journeys in the world of wine for several years. She’s taken trips to major wine regions in the U.S., Canada, Italy, Spain, France, Portugal, Hungary, Austria, and the Republic of Georgia. She’s also spoken internationally on wine tourism at conferences in Croatia, Italy, and Portugal and has been a featured speaker at the Travel Bloggers Exchange Conference in Dublin in 2013.

Brian runs the Beer Is OK site as a way to boost the craft beer culture of Oklahoma. It includes content about the people behind the beer and a slew of beer clothing & accessory products that he designed.

Are you attending BBC18?

Let’s hang out and chat. I’d love to meet some awesome new folks in addition to the rad people I met last year. I’ll be on the pre & post excursions as well as the conference. Cheers! 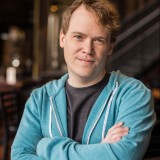